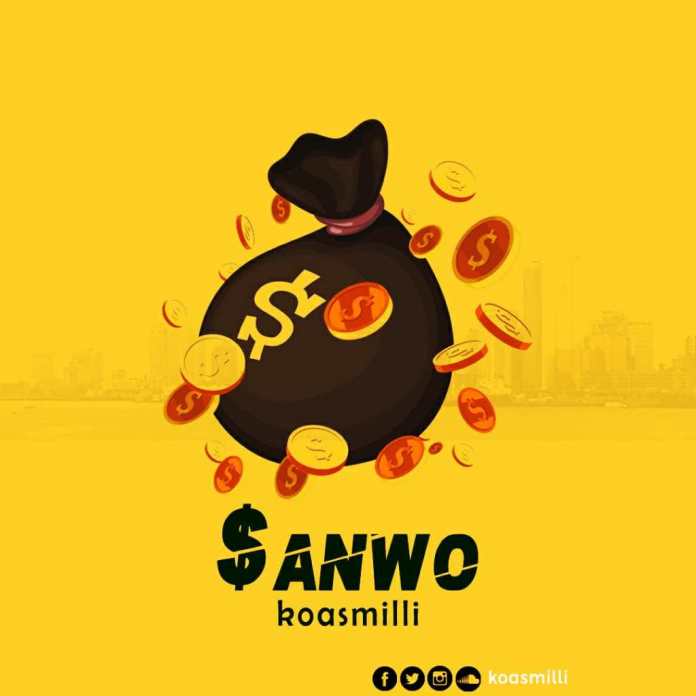 KOASMILLI; whose real name is “Damilare Gabriel Ibitola”, is a Nigerian Artist who hails from Ekiti State but was born and raised in the heart of Lagos state, precisely Mushin city (The city that never sleeps). KOASMILLI, as we all know, is a very influential artist with several vibes, flows and rhythmic pattern. His genre centers around “Afro Sensation”, mixed with a touch of hip hop, and satirical depth. Justifiably, his music style is influenced by the likes of: “Wande Coal, Trey Songs, Omarion, Chris Brown, Drake, Micheal Jackson, Bob Marley, Akon,2baba, With such passion and enthusiasm, one would deduce his interest for music has been from childhood and has become his birthright. He has worked with a panoply of producers, such as – “Sinister Beatz” Emzreel Kiandon, “Newmann Beatz”, “Dr. Syk”, “Spyritmyx (K9MYX)”, “Original Beatz” Beats By Brown, and many more not listed. He is here with another vybe to heal your soul Tilted “SANWO“.