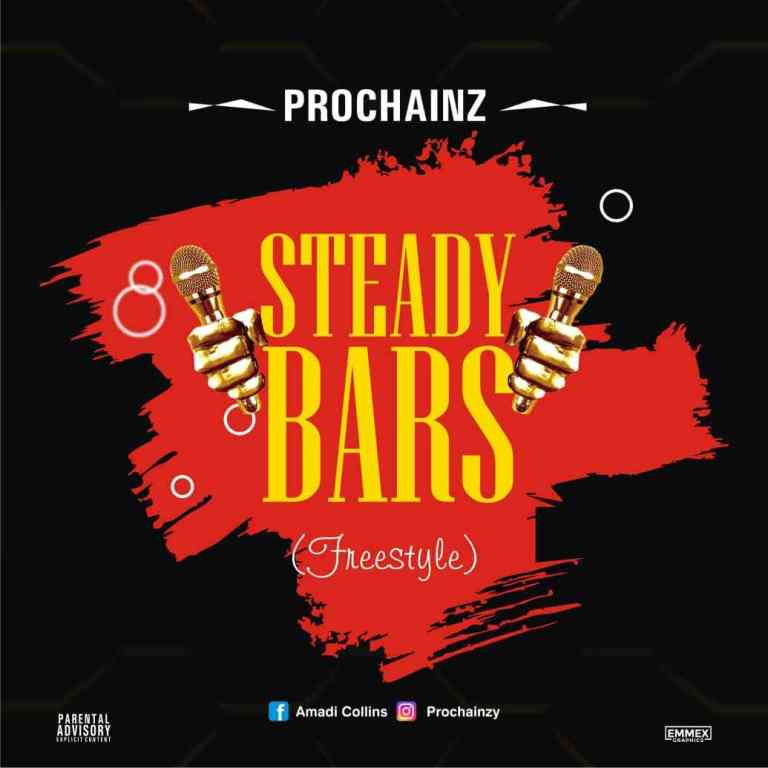 Talented Nigerian rapper, Prochainz presents his first music release of the year which is entitled “Steady Bars“. Steady Bars is a ground breaking rap track which is perfectly composed with word play and lyricism which brings out the beauty of hip-hop on it.
Steady Bars was composed to keep the fans warmed and hopeful for his next rap song “Major Mood” which is dropping March 2019. Recall that Prochainz has previously released his debut single, Turn Buckle Ft Nausky A last year. Enjoy this song and follow him on InstaGram as @Prochainzy.