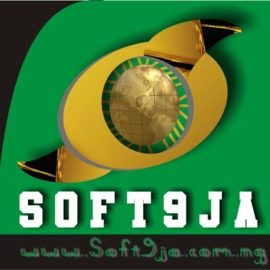 soft9ja called out the biggest artist of the moment in the middle of nigeria with clear evidence to back it up… see their report below:

McDow is presently the only artist with the following:

1. He has three very creative and powerful music videos.

In a space on one year, McDow can actually boast of three very good videos which can be aired on any TV platform across the globe. ‘Fan or Hater’ and the controversial ‘Sex Doll’ both directed by the creative D Touch and the most recent and currently trending ‘Glory’ directed by ace director Johnicks.

Watch “Fan or Hater Video ” Below

2. He is unsigned to any music label.

Though unsigned to any label, McDow has flourished over the years. Making him a gold mine for intending companies willing to work with him. If he can pull off all he has achieved so far without the aid of a label, imagine what he would do with the backing of a very good label.

Several of his fans he fondly calls his ‘Warriors’ have come out to testify of his humility, one of them being BONEZ who you can hardly ignore on social media platforms. Always hyping McDow and telling the public via his social media of his simplicity and humility all the time.

4. Most of his songs are educative and contain very good messages.

McDow may provide you with a Dance Hall, RnB, Afro Beat or Hip Hop track. No matter what the genre may be, he always finds a creative way to pass a very sensitive message to his listeners. Not to forget, he has always dropped a Gospel track at least once a year to thank God for blessings.

5. He is one of the most hardworking and also the most featured musician from around here.

Let’s call a spade a spade here, McDow is very hardworking and deserves a chance to be heard like every other ‘about to blow’ musicians out there. Recently ‘Soft9ja‘ made a post in honour of the musician where a whooping amount of 100 songs was unveiled on which he has been featured upon. McDow’s music is easily accessible and readily available on Google using these search keywords ‘McDow Music’ or ‘McDow Music Download’ kindly check out the songs of this amazing musician and don’t forget to give us a feedback by dropping a comment here. Thank You!